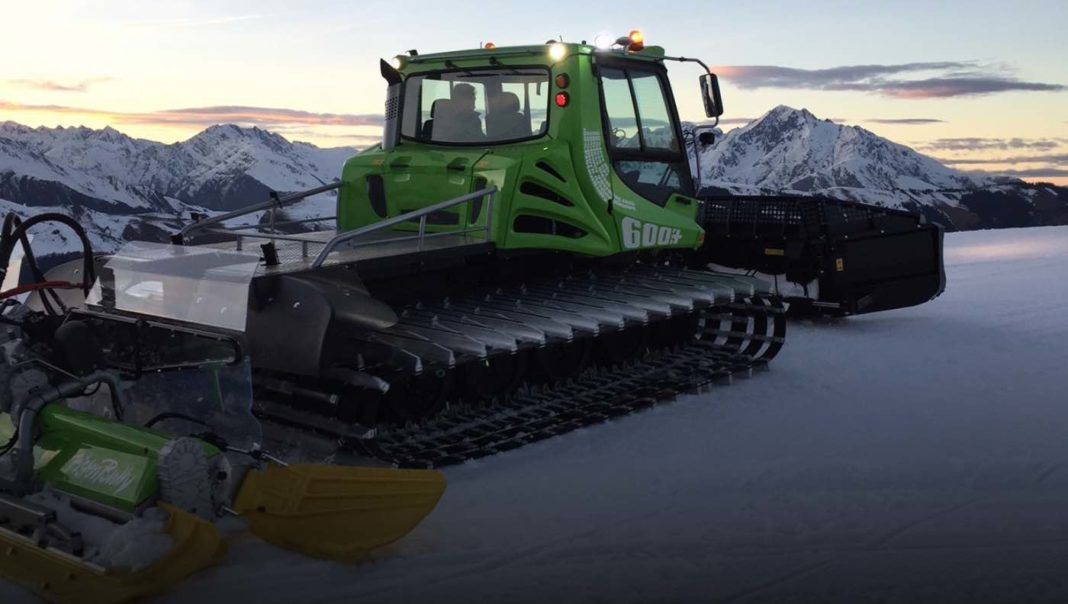 Facebook
Twitter
The machine that is revolutionizing the Pyrenees has name and surname: PistenBully 600 E +. A new generation of snow-grooming machine arrives on the ski resort scenario, manufactured by the world leader of equipment specializing in the preparation of the slopes, Kässbohrer Geländefahrzeug AG.
The first 600 E + was acquired by the ski area of 3 Valleys (Trois Vallées) and from the Pyrenees have not been slow to react. It is official, the builder Kässbohrer has a new client: the ski resort of Peyragudes.
The first ski resort certified with ISO 50001 has clear the path to take and so demonstrated it this by being the pioneer in obtaining the demanding qualification. Peyragudes is committed to technologies that respect the environment. Simple driving reduces the consumption and emission of CO2, noise reduction, low maintenance costs… These are some of the commercial arguments presented by the brand. 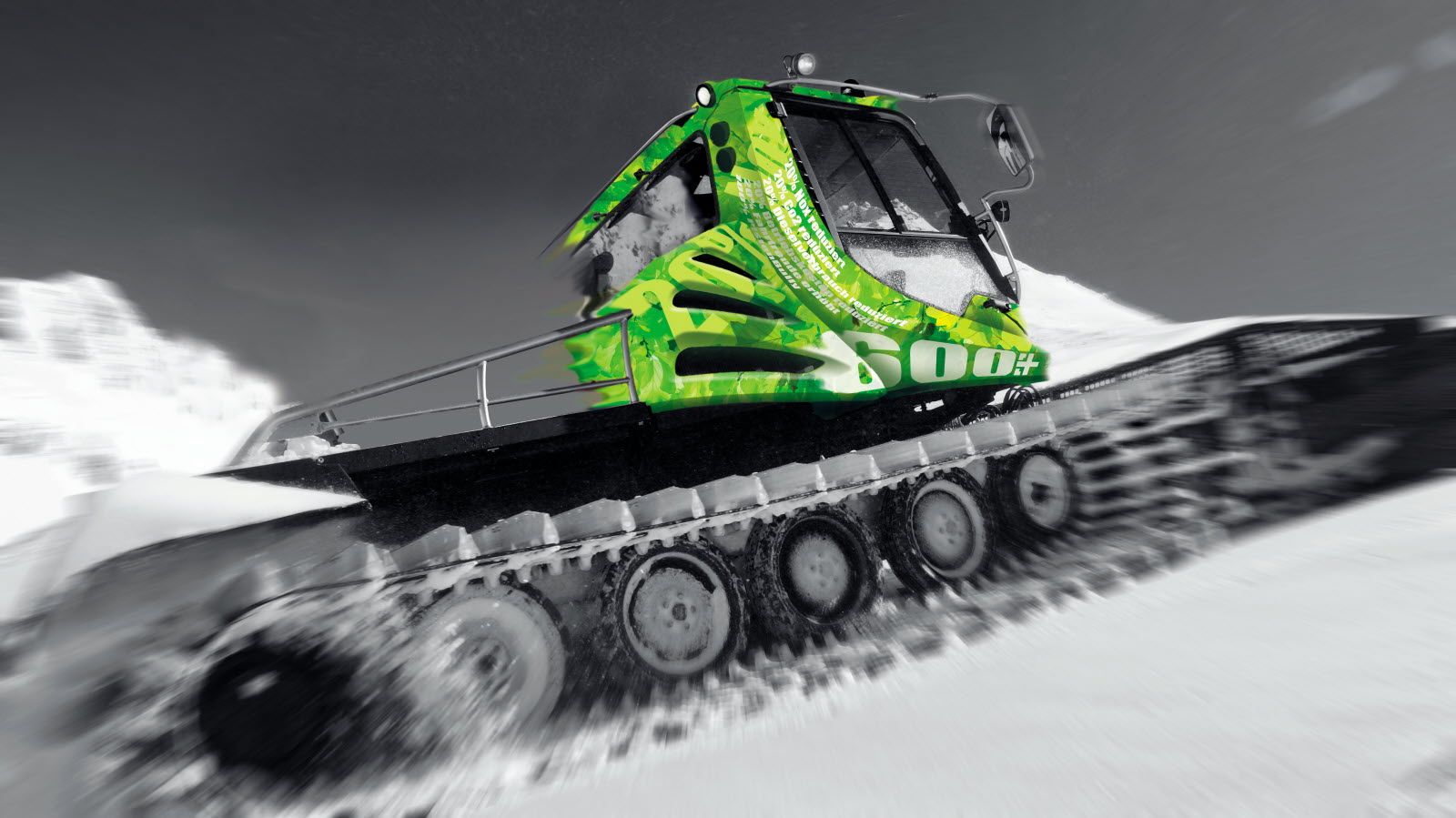 Technical issues of the “green machine” of the mountain

PistenBully 600 E+ has an electric transmission that provides a great performance, much higher than that provided by a hydrostatic transmission. In addition to being more respectful with the environment than its predecessors, this snow-grooming machine has a 6-cylinder Mercedes engine with 12.8 liters and 400 horsepower that reduces fuel consumption and also removes a large part of the incidents linked to the hydraulic transmission circuits and the possible risks of pollution due to oil leaks. The solution has been to replace the hydraulic part of translation and milling, by electric motors and generators. 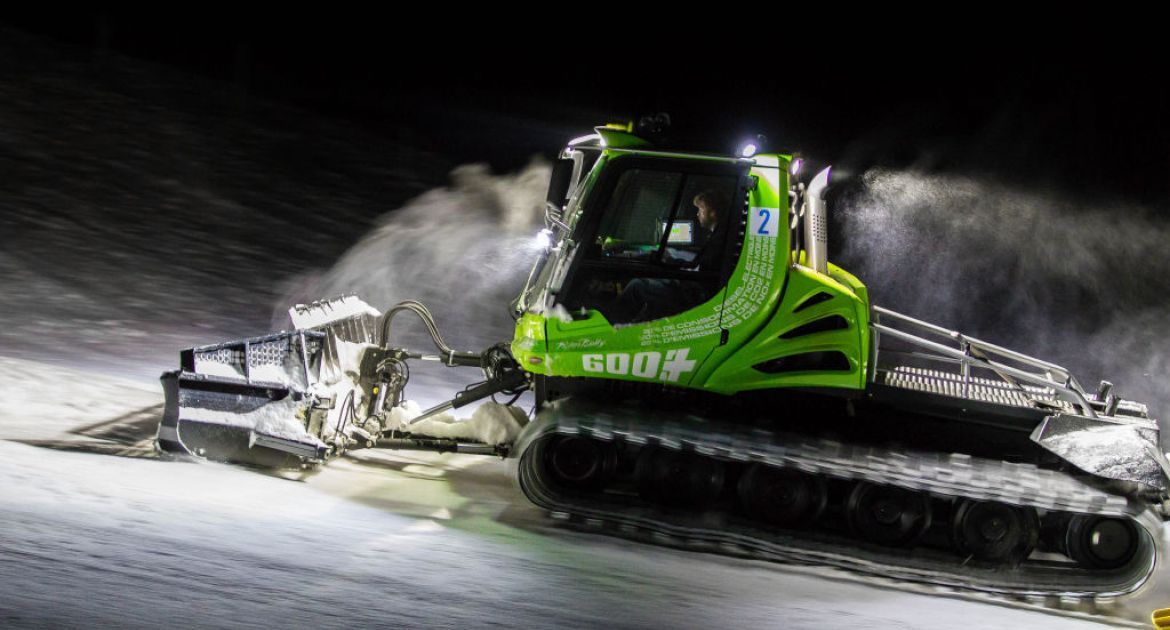 Despite the huge engine that carries this hybrid monstrosity, the consumption has been reduced by 25%, obtaining values from 16 liters per hour of consumption. During the descent, the engines generate electric current thanks to a mechanism installed in the tractor chains.

PistenBully 600 E+ : the emission of CO2 and nitrogen dioxide is reduced by 20%.

The hydraulic suspension of high pressure, avoids contaminating the soil and if it is possible to highlight something more about this snow-grooming machine is its quiet operation thanks to the diesel engine which works in low regimes, unless an extraordinary contribution of power is needed, where the silence ends abruptly.
The investment required to purchase this hybrid snow-grooming machine reaches € 400,000 + VAT. This new acquisition reinforces the policy of respect for the environment that Peyragudes is following. A commitment reinforced and materialized with the BIOM indicator.