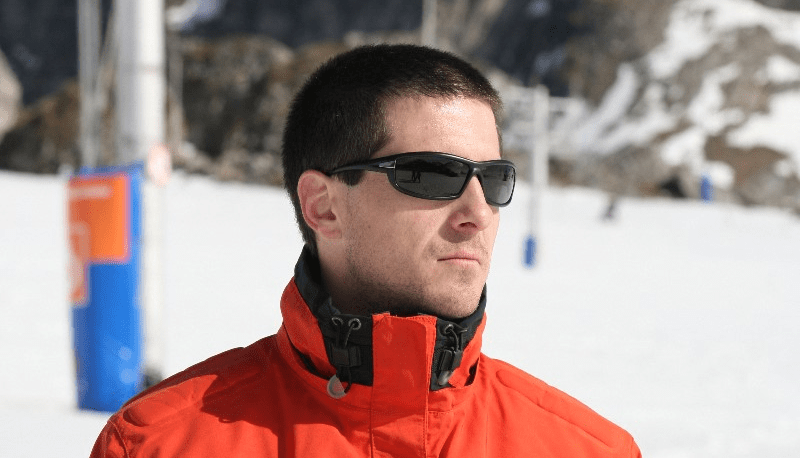 Robert Puente is an skilover thanks to its full path in the world of skiing in Spain. Currently Director of a Ski School in Sierra Nevada and with a long history of this white sport with his related experiences he join the media through the television program “All Snow” presented with Lola Fernández Ochoa.

He has participated in numerous international competitions as a skilover at the maximum level has won several titles including the Champion of Spain Pothole. Besides being a member of the National Ski Team in Spain. As for his role as coach he has written numerous books in order to share his knowledge about “skiing”, ” Technical and Educational Alpine Skiing” , “Starting to Ski” or “Anecdotes of a skier “.
I LOVE SKI: Could you tell us briefly about your philosophy of teaching skiing for a beginner ?
R.P : When a beginner wants to learn how to ski the fundamentals in every case is to trust in the knowledge of a professor. With the teaching and the technique of a good professor, a 4 year old kid can ski and a 80 year old can ski as well. It is not a good idea to let a friend, partner or parent that knows how ski teach you even if they ski really good, if they don’t have the technique to transfer the knowledge. This is the cheapest solution but the only thing that they will have at the end will be the hate for the sport and a broken relationship. Even though the stayed on the station is a few days, every one that debuts in the sport will make an inversion, to hire a professional( around 45 €/h) There is also the option to hire a professional with a group of people of skilovers, but in this case the class will be in groups and not specialized. 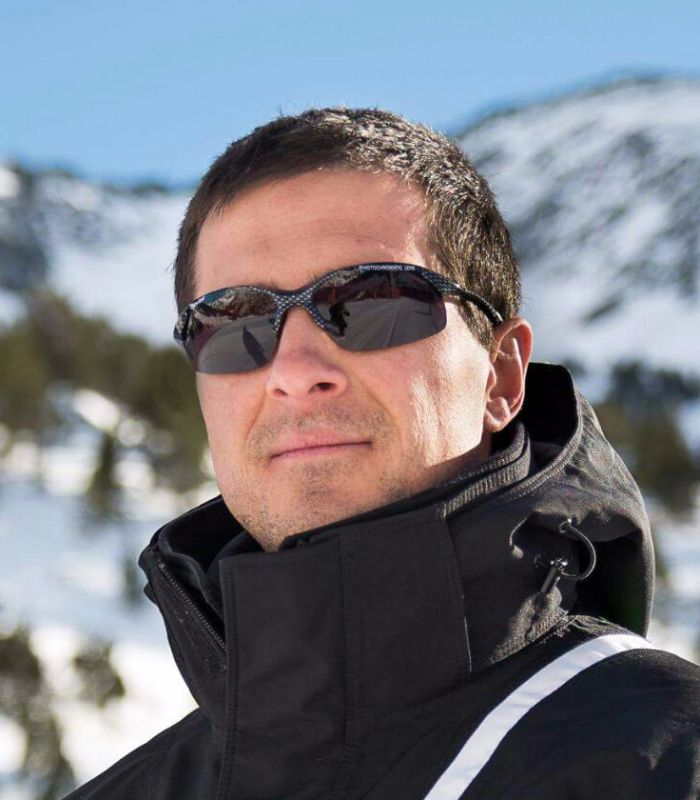 I LOVE SKI : In reference to your experience as an interior track professor of SnowZone Madrid (Xanadú) Do you think that learning how to ski in Xanadú will make you prepare to let yourself slide in the mountains ?
R.P : Yes, without a doubt as long as two conditions are meet: that you work with a professor that teaches the best techniques and that the student is totally integrated. In fact I can guarantee that this is possible. Along my way through Xanadú in Madrid, I gave classes to a student in regular basis for almost 4 months, several hours a week. Finally this student haas the opportunity to slide in the mountain of the Pyrenees, specifically in Candanchú where even my father teacher and ski demonstrator could not believe that this young boy had never ski outside of Xanadú. It was incredible ! This example shows that with persistence, a skilover teacher and the best techniques it can be done. For it, it is necessary that the student is thought several techniques, for example how to ski backwards, with his eyes close, speed humps, with only one ski, making trips, etc. So once he arrives to the mountain tracks it will be clear that the speed that he reaches is bigger but technically he will be very competitive.
I LOVE SKI: could you tell us about the social work you do with the ONG skier what did you created in 2012? Do you have the collaboration of the Spaniard stations?
R.P : I created this ONG after a trip to the ski resorts in South Africa and Morocco where I was shocked to see how their workers carried out their work in jeans and leather jackets, and surprisingly even though is Africa and many of the stations are equal to or higher than some European it does certainly get very cold. As you can imagine, a “leather jacket” at 3,000 meters is not suitable. Then one of the actions that we carry out with this ONG is to collect ski equipment and transport to the stations of Morocco, even though this country was a protected by the french they do not receive any help from French stations or the French federation ski said the skilover.
Some of the Spaniard stations often collaborate donating winter cloth. Some of the stations are Candanchú, Astún, Snowzone or Valdesquí and we take it to this moroccan workers. In another hand, another of the actions previewed by this ONG is to bring skiing to the “black” population living around the ski resorts of South Africa. There I was able to see firsthand how this sport is totally relegated to the upper-middle “white” class. My goal was that young black men from the villages could travel to Jaca and form an international team train them during the winter and even in the future they could participate in the Winter Olympics in their own country. This way they will serve as a model for excluded populations .
Like this we have send jackets, anoraks and more material to Nepal in order to help the affected zones due to the earthquake of 2015 and one of the projects that we have in mind is to collaborate with Bosnia.