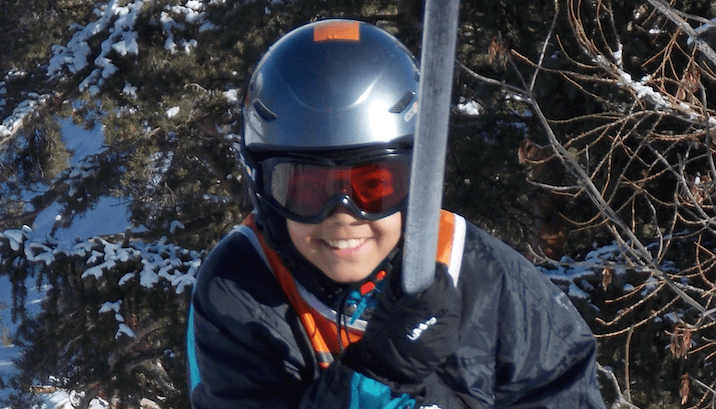 Sourire à la vie (Smile at Life) is an Association composed of children with cancer between 5 and 18 age years old which aims to help them to go through their conditions in the best possible way taking into account their physical abilities and their difficulties leading them to a happy life based on games, dreams and personal fulfillment. Under medical recommendation, this Association could get involved since the beginning of the treatment and propose activities to the children’s, such as sports activities, recreative and playful activities. Everything within a wonderful solidarity context.

Emmanuelle Compre, Head of Communication of this Association, presents us the “Sourire à la vie” functions: The association is involved throughout disease from diagnosis to the social reintegration of these children. Members of this association are present since the announcement of diagnosis to support during hospital interventions.

The hematology-oncology Pediatric Hospital of Timone features an innovative space that can accommodate children. They can listen to them and provide direct care, help them to progress physically.

The fight against cancer extend its action outside the hospital

For a few hours, this team takes over the family and gives children a real moment of disconnection where they become very active and improve their physical and moral condition. Furthermore, the Association expands its action beyond the boundaries of the hospital.

Every year, a lot of events are organized in order to make children gain their strength, encourage them to make friends and not letting them out. Children now are looking forward to make a show with the french composer Grand Corps Malade and the actor director Richarg Boringer.

The mountains also have a really important role in the attempt of trying to regain a smile to this kids since the Association organizes expeditions in sled dogs in Canada every two years and accommodation in ski resorts about two to three times a year.

“After the first trip to the snow in december to the station of Superdevoluy, now they are 15 children that are located in the heart of the south Alps in the station of Serre Chevalier. From the 8 to the 12 they will be accompanied by a medical team composed of a doctor and a nurse, kids that are still under the treatment can fully enjoy snow. In addition, ski resorts are involved in logistic host which greatly facilitates to stay. Ski champion Sandrine Aubert has also participated this year and has accompanied the children during their first day of skiing at the station.”

These stays in the snow and skiing discovery allow children to regain their physical condition often lost during hospitalization and treatment. The winter holidays are not particularly relaxing and kids come with significant fatigue. However, they are more positive since they regain some of the lost confidence and learn to acquire their own body.

The Association Sourire à la vie is supported by numerous public and private actors, among others: General Council and the Regional Council; Caisse d’ Epargne Bank; Regional Health Agency; ARC Foundation research on cancer; private solidary donors… but also through “collaborations with brands like Bioderma supplying us sunscreens to protect the skin of our children during their stay in the snow.”

Thus, some of the principal objectives realized with this amazing and solidary association are to be able to make this kids to achieve their dreams, recover their smiles, going away of the daily hospital routine, and become actors of their life, to make their own decisions and reconstruct a positive image of themselves.

Finally, I Love Ski want to congratulate this association. In this case, ski practice has a more complete sense, giving this kids a lot of new sensations and huge feelings of freedom, in addition to a wonderful connection with nature.

Montgènevre among the ski resorts with the most snow in France

Altitude sickness: how to deal with atmospheric pressure