I Love Ski ®
Home News Balance of avalanches in France 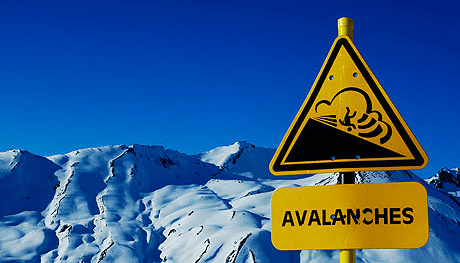 How many accidents and rescues occur every winter in the mountain? The rescue team has become more professional,did the rescue had a diminution in the interventions by being more professional in using material and equipment?

Oliver Mariande, guide and part of the rescue team in the mountain los Pirineos will help us answer some of this questions.

From 1971 to 2011 , in France , it is found that the number of people killed in avalanches was fairly stable on average 30 deaths per year.

However , from 1981 to 2011, a slight positive trend was observed in regard to the number of people who suffered a fatal accident , probably due to prevention messages disseminated and advice applied to wing when skiing when it refers to the space between skiers when group outings ( one by one in the most dangerous areas , both increases and decreases ) .

Unfortunately , the winter 2012/2013 exceeds these figures , with a number of 72 injured people and 36 deaths . This is due to the exceptional length of the ski season in years where there were good conditions for skiing until May and especially deadly March. During the winter of 2014/2015 , we found a number of 59 accidents and 45 people dead ” ( Source : ANENA : French National Asocación the Study of Snow and Avalanches ) .

After two winters where the trend has been reversed , with more deaths out of the league , we can deduce that it is cross-country skiing which has been more deadly in the winter of 2014/2015 . In conclusion, the average figures are quite stable over winters and annual differences are important . The bottom line is directly dependent on snow science ( the quality of the snow and its composition ) , of the number of accidents and their nature throughout the winter.

The bottom line is directly dependent on snow science, of the number of accidents and their nature throughout the winter.

When the winters are longers more snow sports fans go out and enjoy of the snow, this makes the number of accidents increase considerable.

Fortunately, the avalanches have not only been negative, many people are saved each year by mountain professionals . Avalanche accidents during 2014/2015 , counted by the ANENA, showed that for every 59 accidental avalanches, 134 people affected , 45 people unscathed and 36 injured , the rescue services saved 81 persons.

It is clear that much remains to be done in regard to prevention work among skiers , by knowing this it is recommended that they are better equipped and especially learn to make proper use of their security materials.

Avalanche victims have survived thanks to the following simple tips , but mostly because of the great effort made by mountain rescuers in charge of the search . Know the different types of avalanches, know how to detect them , know how they start , be knowledgeable about how to search for victims … all this specialties are to be acquired by mountain professionals . As far as this is concerned, ANENA has a section that allows training to provide knowledge in the field of personal safety ; including training provision specialists preventive triggering of avalanches using explosives or those accompanied by search dogs .

Finally, we present a brief testimony , pertaining to the website ANENA, from Michaël Tname , that works as a rescuer: Suddenly , I hear a deafening noise, it was the noise from an avalanche just above me! In the mist ,I see the snow sliding under my feet. My first instinct is to put myself in the direction of the slope to escape the mass of snow that was about to fall. i have the track 50 meters away but I can not move the snow is like cement you can hardly ski. A first wave lifts me quickly, I have a layer of snow that reaches my hips. As I am trying to catch my balance a second wave of snow strikes me from the front, this second wave is so much stronger. My skies are not straight and I started to swallow snow.

I put my hand in front of my mouse to cover it and suddenly all feels in piece. I am a prisoner of the snow, it is impossible to move. I am in white gold! With the hand that I was using to cover my mouse I made a small hole so i could breath and moving a little bit I manage to get the micro radio that hanging from my neck. My heart wanted to leave my chest. I am hyperventilating and really stressed out. All I was doing was thinking about my kids. Not here, not today! I found myself completely blocked. I am able to hear my partner through the radio saying that I have been trapped.

I tried to talk, fast! I am under here! I hear steps on top of me, but they seem so far. When you are under the snow the anxiety is insane because you don’t know what is on top of your head. The supervisor in charge of the tracks cheers me up and tries to calm me down. My respiration is super fast and I am really stressed out. Time goes by so slow and I feel like everything is spinning around me. I start to lose conscience slowly and my last thoughts were beautiful blue and violet roses probably related to asphyxia. I woke up with the daylight and my first word go towards my partners: Thank you so much! thanks to you guys I will see my kids again. I still remain on the snow with my legs trapped. Another two rescue guys finish getting me out of the snow while I am slowly recovering my strength.

Michael was rescued without injury thanks to the fast intervention of the rescue team. He was under the snow for 9 long minutes.