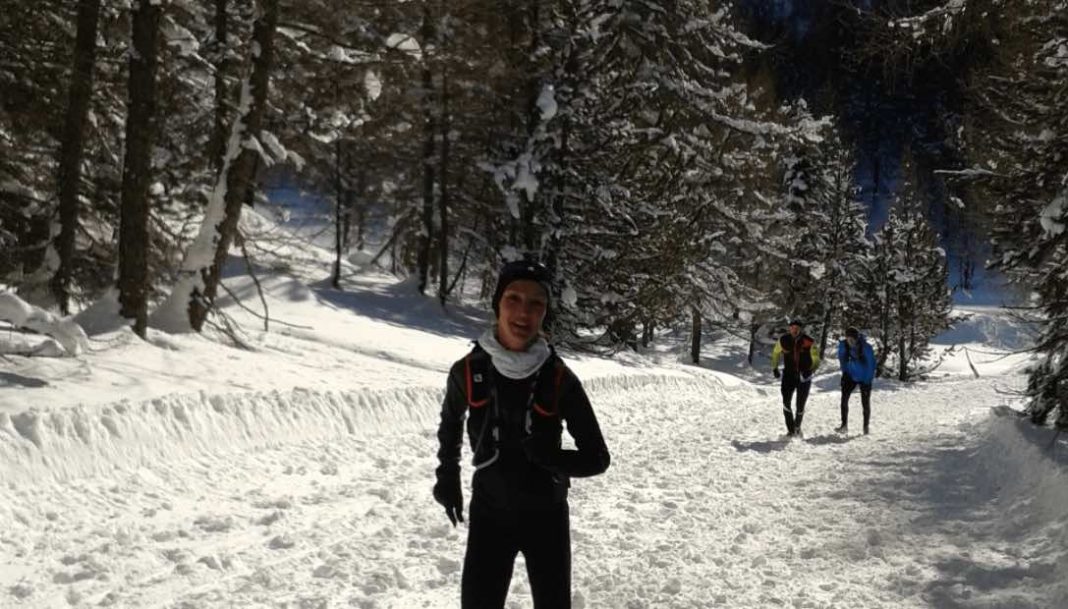 Over the past few years, french people are living with enthusiasm the high mountain trails.

On the States, the participants increased from 4,5 millions to 6 millions between 2006 et 2012. In Europe, they are almost 8 millions. But what’s a trail about? The trails are long distance in a natural area, over roads and paths in forests or in the montain.

The route involves always a big slope. Montgenèvre ski resort, organizes the 5th edition of the SnowRace the 7th February 2016, a beautifl trail on the heart o the landscapes of this ski resort. Two routes are proposed depending on the level of the runners: at 1850 metres of height: a race “Tour du Bois” of 10 kms with a drop of 750 metres and a second one, much more physical, of 26 kms, with a drop of 1500 metres.

The date is early in winter and the runners will have the chance to enjoy the white landscapes during the race, but with an extra challenge, as the snow is expected to be plentiful!

For administrative reasons, this year, the race will take place…only in France and not in Italy, as the previous years. The route is already planned and the start point will be at the foot of the slopes, direction to the Sestrière forest, on the french side.

The first part of the trail will be downwards, arriving to the defense towers of the Briançon region, the great innovation of this year. Then, they’ll reach to Clarée until the village of Alberts, where provisioning will offered. Towards the station, a steep bump will be decisive for the end of the race.
The “Tour du Bois” will star and finish the race on the Sestrière forest. Inscriptions will be opened until saturday 6th February, in case dorsals are still available. To enroll the race, the participants will need the license from the French Athletism Federation (FFA), their race pass, the certificate Athlé Loisir or, in the abscense, o medical certificate. The fees are 25€ or 30€ and after the 1st of January, they include a gift, a running t-shirt, the provisioning, a chip with chronometer, some lunch at the arrival and the shipping of a newspaper with the results.

The programme for sunday:

Take a look, it looks nice isn’t?!
If you are interested in the montain sport events, here are some details! For a start, it’s clear that this kind of races are hard and need intense training, at leats 3 times a week.
Climbing and descending are crucial during a trail. But sometimes it’s difficult to train if we live in an urban area or in plains.

If you want to remedy thi lack of drop on the ground, you should develop strategies, as a renforcement of musculature. It’s also important to learn to switch between race and racewalking to manage the physical strain.

Another capital issue is to organize your own provisioning, avoiding hypoglycemia, which miht appear on this long and freezing races.