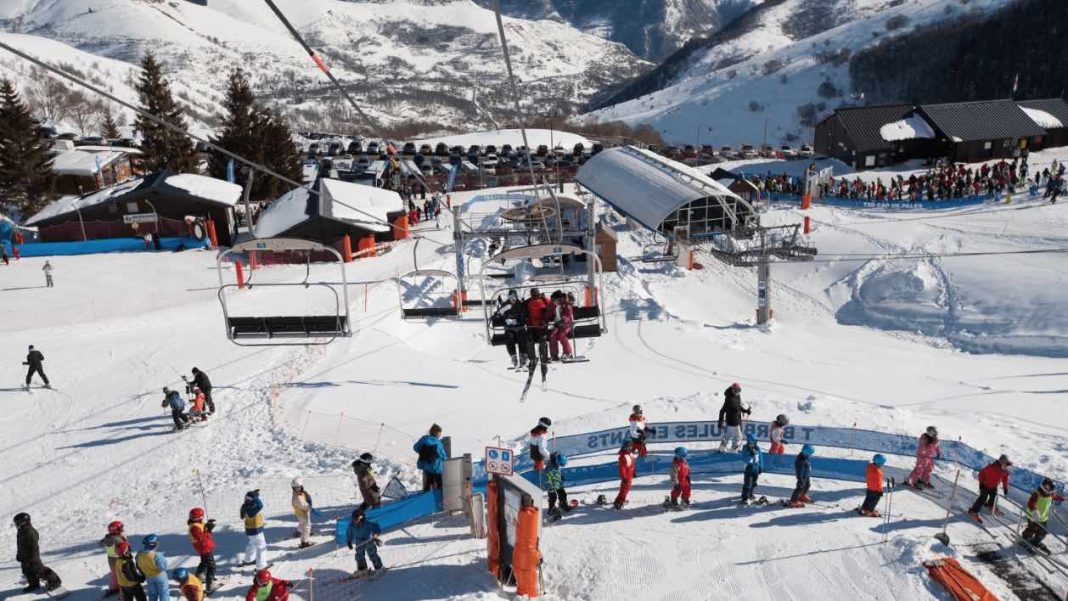 In June 2013, Peyragudes ski resort was already certified ISO 9001, ISO 14001 and OHSAS 18001 , the resort also decided to commit to environmental friendliness reducing its energy consumtion as part of its Quality, Safety and Environment policy.

Last winter season, an energy performance diagnosis was made to identify the possibilities for energy saving and to highlight possible efforts to control energy consumption. It was decided to implement an energy management system based on the ISO 50001 standard, recent standard dating from 2011 . This approach was supported by ADEME , the Midi-Pyrenees Region, AFNOR and EDF (Electricity of France) .

The goal was to reduce energy consumption, GHG ( Greenhouse Gas ) and reduce the costs of the energy required for the production process for the resort’s facilities ( lifts , snow making, including grooming fleet and operations-related buildings).

The savings are related to three sectors :

Patrice Lacosta, energy efficiency manager at the ski resort pointed out that many improvements were been made thanks to the understanding of the staff . “We started to think about snow making: how could we save energy as for artificial snow?

And the technicians themselves found the solution by improving the cooling system of the hillside reservoirs which were continuously operating while cooling is necessary only when the air is colder than the water.
By optimizing the aeration system of the lake, the ski resort dicreased its energy cosmption by neither more nor less than 46%  only for this activity ! ”

2. Good practices for the operating processes of the facility (maintenance, replacement of equipment at low costs…)

” The heating systems of the propeller speed reduction units of the detachable chairlifts have been changed : We do not heat the air anymore but the material itslef, before we used electric fans but we changed for a radiant heating system ,” says Patrice Lacosta. “We have divided by three the installed capacity . We plan to pursue our efforts by intalling a clock system helping us to heat only when necessary and not continuously . ”

“During the renovation of a snow factory, we have opted for a variable speed pumping, consuming significantly less energy ,” explains Patrice Lacosta .
“Every time we have to make an investment , energy constraints are a criterion .”

In March 2015, the certification audit confirmed that the Peyragudes’ new system meets the requirements for ISO 50001 certification.

Technical teams and the entire staff used to the management system implemented for several years , had no trouble appropriating the requirements of the new standard.

The simple act of measuring consumption, seting goals , finding solutions very quickly led to a significant decrease of energy consumption per operating day of about 5.2 % which represents a saving of 290.000 kwh / year, the equivalent of the average annual consumption of 115 homes!

If saving are environmental, they are also financial : the ski resort renegotiated contracts with EDF and was able to reduce its electricity bill by € 160,000 per year !

The skier as customer is also directly affected by these eco-friendly practices ” the speed of the detachable chairlift Privilege for example, was reduced from 5 m / s to 4.5m / s. Due to very close conveyors, this slight decrease significantly reduced the number of stops for boarding and alighting .
By reducing energy consumption, we also met our customers’ expectations.

Peyragudes becomes the first ski resort to receive ISO 50001 certification for all its processes: operating system, lift maintenance, vehicules , grooming , snowmaking and buildings followed by Val d’Isère certified only for its lifts activities.