I Love Ski ®
Home News Despite tragic events of November, 13th, the mountain is now in Paris. 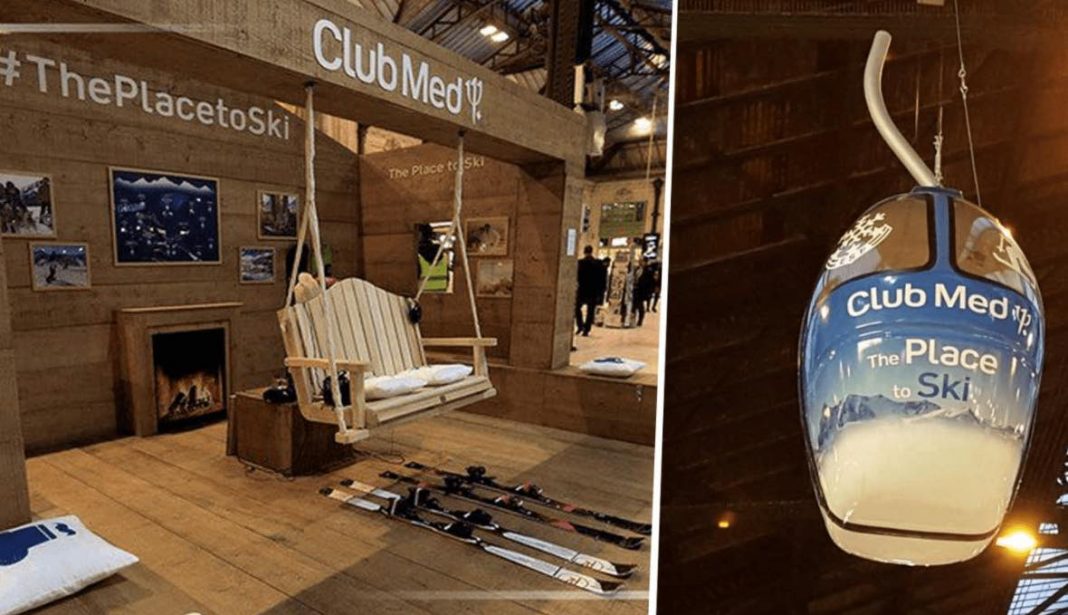 But the terrorist attempts of Friday, November 13th covered the city with a black veil, and the events planned (sport competitions, gigs, etc…) including the fourth edition of Saint Germain des Neiges have been canceled.

However the Club Med decided not to cancel its event, planned on the same date, November the 19th to 25th and settled a genuine ski resort in the French Capital. The only missing element was the snow, but everything else was there, the chalets, the ski lifts, the equipment…
In a few hours this huge company specialized in holiday villages transformed the Gare de Lyon, the hot spot in Paris for winter holiday departures, into a short-lived ski resort; 8 cable car have even been hanged up.
No need to be cold, to get sick nor to wear many layers of cloths feel like at the mountain.

To promote winter Camps the Club Main has decided to settle up a genuine ski resort using the Oculus Rift and the Google Cardboard technology, passersby could sit on the chairlift and discover the Club Med Val Thorens Sensation and slide down the slopes in virtual reality. Two viewers were provided and the Parisians could see how life is in a ski resort, visit a Club Med in the mountain and slide down the slopes without the inconvenient of the cold, the altitude and the fails!

The Club Med is proud to present its event, it was “very positive, funny and out of sync”. Almost 17,000 people (travelers and Parisians) attended the event. A real success this year compared to the number of visitors (52,000) for the last edition of Saint Germain des Neiges in 2014.

Enough to please the Club Med, but the team does not know yet if similar event will be hosted next year.