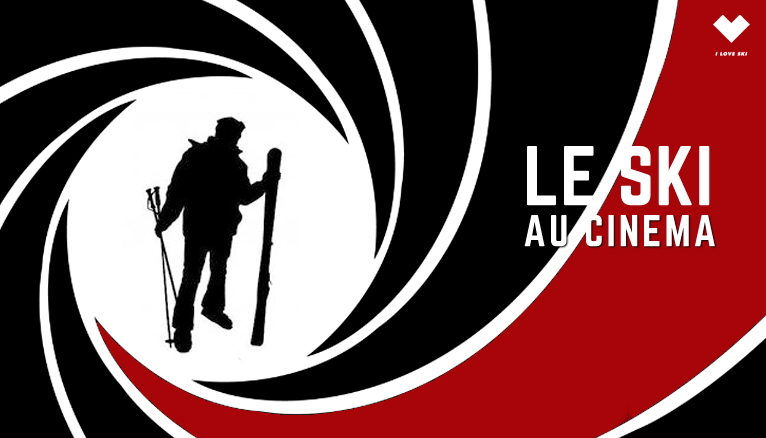 In France when speaking about « movies » and « ski », of course the first one coming to our mind is « Les Bronzes font de ski ».

At the cinema in 1979 the movie is still famous and successful today through its rebroadcasting. We can see again the whole team of the Splendid but this time going on ski holidays. Some scenes are now part of the French culture, especially the one with Jean Claude Duss singing lonely on his chairlift “« Quand te reverrai-je pays merveilleux ? » (When will I seen you again, marvelous country).

The film was made in Val d’Isere resort in the Vallée de la Tarentaise, but due to a conflict between the production team and the ski resort, the name Val d’Isère is not even mentioned once in the movie! There was no understudy in the film despite their poor level in skiing. The ski instructor helping Jean Paul Duss with his ski poles was in fact a real ski instructor.

The world of the cinema often uses the mountain, because of the extraordinary views and the landscape, timeless, perfect for filming amazing scenes despite difficult shooting conditions.

And the production team of the James Bond movies always deals with the mountain and the altitude to film the most spectacular scenes in several movies of the saga.

Here are some examples:

On Her Majesty’s Secret Service

The first scene in the snow dates back to 1969. Shot in the Swidish Alps, the team had to deal with quite a lot of difficulties. Back that year, Switzerland had the warmest winter in 40 years, in fact, they had to transport snow to settle a perfect scenery. 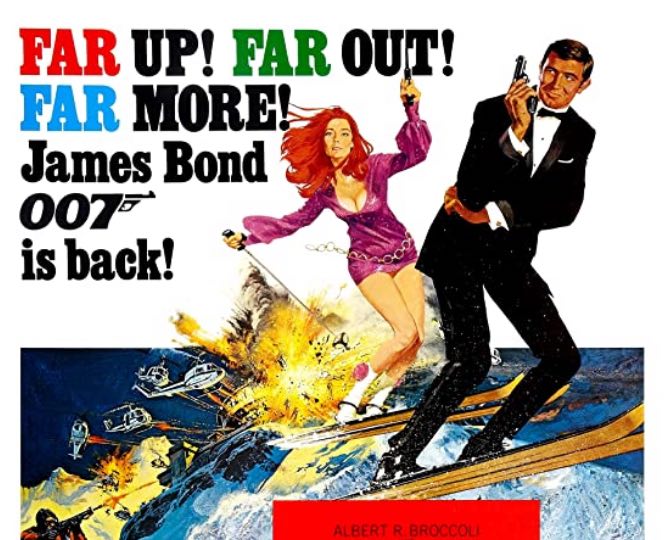 Did you know, the mountain house of James Bond is a restaurant in the real world? To have authorization to film there, the production team had to build a whole landing track for helicopters.

The scenes of the 18th movie of the saga took place at Peyragudes Ski Resort in the Pyrenees, France. The resort was perfect to film the scenes at the top secret base located in the heart of the Himalayas. We can see the ski resort in the credits.

The World is Not Enough

In the 19th movie of the famous British Spy who actually comes from Scotland, Chamonix was perfect for the scenes at the mountain. But the shooting had to stop because of an avalanche which killed 11 people. The filming had to be postponed and the production teams, already at the resort, helped Chamonix after the tragedy.

The latest movie of the saga, released in France on November, 11th 2015 was the perfect opportunity for Daniel Craig to wear (finally) his ski boots. The shooting took place in Austria in Solden Ski Resort. The high speed chase between the 4X4 and the plane driven by James Bond is just spectacular, surrounded by the mountains covered with snow and the traditional Austrian chalets.

For this spectacular scenery, more than 500 people had to work only for the snow to stay white! Snow cannons made the snow perfect for the scene. It is still at the cinema. The team I Love Ski recommends the movie, we loved it.

On the other side of the Atlantic, Vertical Limit and Everest are two big American productions. Even if the winter sports are not present in these movies, you can see amazing landscapes and travel to other worlds.

Climbing on the Top of the World is extremely dangerous, the body is not adapted for such conditions. This is what the main characters discover, they will try the impossible therefore risking their life.

Everest, released in 2015 is taken from the autobiography of Jon Krakauer, relating the tragedy which cost the lives of many during an expedition to the Everest in May 1996; the huge budget, never seen before, reached more than 65 million dollars, an amount quite confusing…

As for children, they also enjoyed the movies of the mountain, especially the ones coming out at Christmas: Ice Age, Frozen, The Chronicles of Narnia…

Even if most of the films are animation movies, your children will see the snow and the mountain, enough to make them wait for the winter holidays. Thanks to the innovation in the world of animation movies, the snow is ever more realistic and these movies are perfect for evenings with the family in December.