I Love Ski ®
Home News Learn to ski Saint Germain des Neiges : the wonder of skiing in the heart... 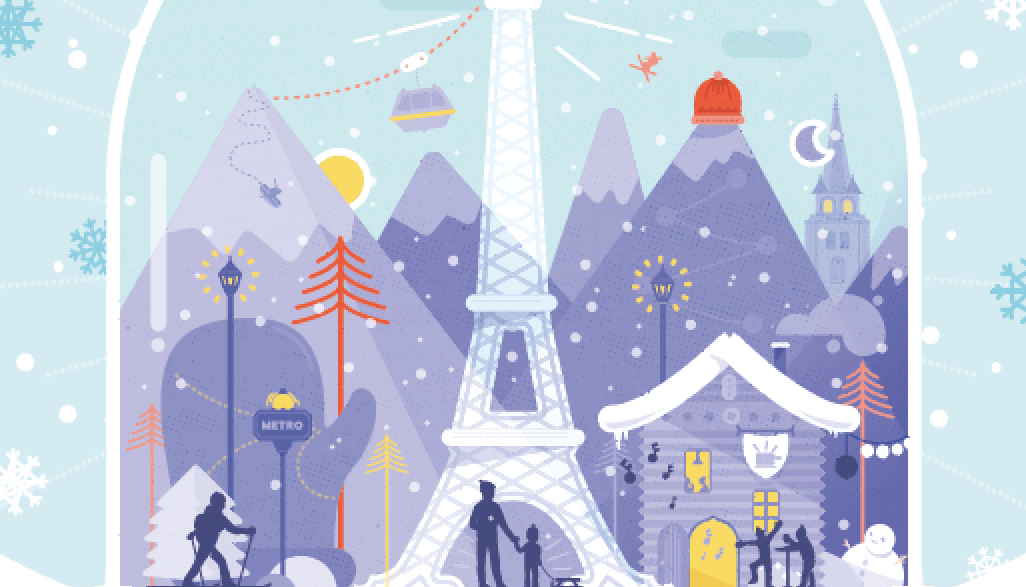 Back in 2012, in the center of the 6th arrondissement of Paris, the merchants’ association “village de Saint Germain” and Nicolas Morel (Déplacer des Montanges), and the association FranceMontagnes (made up of l’Association Nationale des Maires des stations de Montagnes, le Domaines Skiables de France et le Syndicat National des Moniteurs de ski) gave birth to the idea of organizing an event to introduce the winter season.

A press conference of the French mountains was organized in the prestigious restaurant “Chez Castel” and a unique torch light descent through the streets Princesse and Guisard enthralled the Parisians. It was a real success for the first edition with an atmosphere of snow and mountain created for an event already known as “Saint Germain des Neiges”.

In 2013, the facilities even reached the Place Saint Sulpice, and the event featured a toboggan run, sled dogs, and several evenings in the neighborhood of Rue de la Soif. A total of 10 to 15 000 visitors were counted.

But it was in 2014 that “a milestone was set” explains Michael Bayart, Event Manager at France Montagne. “The whole Place Saint Sulpice was transformed, with artificial snow made-on-site, torch lights descents, a snow garden, biathlon initiations, a 11-meters-high freestyle rail, a Big Air Bag, sled dogs, a ski simulator, and ski waxing. An entire mountain village was featured with wooden chalets, wood sculpture and even a Beaufort cheese production”.

52 000 visitors had the opportunity to experience the mountain in the heart of the French capital during these four days.

This year, the event Saint Germain des Neiges will take place again between 19 and 22 November, and will be enhanced by brand new features. First of all, the place Saint Sulpice will be entirely refurbished thanks to the active collaboration the Mayor of the 6th arrondissement. An ice rink will be installed in partnership with the network of ski rental Intersport, as well as a well-being area comprising a bubble sauna with curved glace plate allowing visitors to enjoy the view on the Place Saint Sulpice, and a bath water in partnership with the Confédération Pyrénéenne du Tourisme.

To celebrate the fourth edition and the 70th birthday of the Syndicat National des Moniteurs de ski, a great evening with a torch light decent will be organized on Thursday, November 19th; 150-200 ski monitors from all over the country are expected.

More than 50 stations, brands and institutions will be present over these 4 extraordinary days, including all of the French mountain massifs. And key partners such as Nordic France, ThomasCook, the association of the Directors of Safety and Security in Ski resorts, the association of Mountain Riders are making every effort to make the most sensitizing event in terms of safety and awareness on ski slopes and waste collection in the mountain.

Considering the growing success of the event, Mickael Bayard even thinks about “exporting” the concept across the channel, and why not create a similar event in the heart of the British capital.

It is a genuine ‘curtain-raiser to the winter season’ entirely Made in France which should make speak about the mountain before season begins and give Parisian a taste of snow.