Mikaela Shiffrin has done it again: eleven months after her last victory in the Alpine Ski World Cup, Mikaela has taken the podium in Courchevel (France).

This is Mikaela Shiffrin’s second podium this season after having taken part in five races. This gives her the second position in general in the World Cup and she is also second in slalom and third in the giant test.

Mikaela has managed to manage her difference, skiing the wall well and being constant throughout the route to obtain the victory. It comes eleven months after she achieved her triumph in the World Cup at the end of last January in Bulgaria.

We saw how the skier could not contain the tears of emotion in her 66th victory in the Alpine Skiing World Cup; not only because of her incredible success and the memory of her father, but because this victory re-engages her directly in the fight for the World Cup. It positions her as second in the general classification, second in the slalom classification and third in the giant test.

“Be nice, think first and have fun”

All the equipment that Mikaela Shiffrin has worn on her downhills at Courchevel carries the Atomic name. In fact, we already told you about the brand in this post.

Among the equipment chosen by the skier we can find:

The new Atomic Redster G9 FIS W skis, the fastest and most stable professional skis for women the brand has ever made.

The helmet she has used is the Count Amid RS, which features AMID technology for up to 40% better protection against impacts.

An interesting small fact is that in the helmet you can see a drawing of three cups. These represent the three titles of the general World Cup that she has conquered with the words ‘Be Nice, think first, have fun’.

Here is a list of the final results of the slalom at the Alpine Ski World Cup held in Courchevel – France. 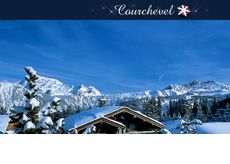