I Love Ski ®
Home News Joint transport: an ecological and beneficial alternative for the ski resorts

Facebook
Twitter
Every day we get more aware of the need to worry about the environment. The skiing world is no exception, so there’re many initiatives that aim to reduce the impact of the resorts on the planet. On many occasions, these initiatives also have a positive impact on the sport itself: this is the case of the joint transport model implemented by the Ski Club Valle de Benasque, in Huesca, Spain.
This club was born with the aim of bringing winter sports closer to the young people of the Benasque Valley and the Ribagorza region. According to Félix Jordán de Urríes Mur, representative of this initiative, they realized that they had no athletes in alpine skiing: ‘alpine skiing was a leisure activity, there were no athletes in its broad sense of the concept, and that was, first, because there wasn’t a sports club structure as such in the ski area that worked well and from a sport planning and management point of view and, also, we detected that the children of the valley, having the resort right there, still didn’t go skiing.‘
What’s the reason why young people of the valley didn’t go up to ski, having the resort so close and a free ski pass until the age of 18? This is a common problem in mountain areas. In the words of Félix Jordán, it’s ‘basically because of the availability of their parents to take them to the slopes every weekend. The vast majority of families in the Benasque Valley, as in any other mountain valley that lives on tourism and snow, have a difficult time when trying to be able to go ski on weekends with their children, since the weekend is when you work the most.’
That’s how they decided to launch an internal transport service that brings athletes to the slopes. This service is a perfect example of ECG (Economy of the Common Good), since, in addition to giving young people in the area the possibility of learning to ski or to snowboard, it helps the environment by reducing carbon emissions thanks to the use of shared transport. As Félix Jordán says, ‘it is a transversal program or service that goes beyond the purely sportive aspects, it reaches the social and even the environmental ones, reducing the number of vehicles that go up the slopes on weekends. Here we can apply very well the saying of «think globally, act locally», because we put it into practice.’
Initiatives of this kind also allow the ski culture to be maintained, since it’s vital for the future of this industry that new generations are also encouraged to practice it. According to Félix Jordán, ‘there are many young people from the Benasque Valley who, without this service, wouldn’t have started in the world of alpine skiing or snowboard competition. In fact, we have up to Champions of Spain in SX or SBX and, thanks to the service of transport of the club, they can get to the slopes and train.’ He adds that ‘thanks to this service, many young children between 6 and 8 years old are starting in the world of alpine skiing and snowboarding. Otherwise they wouldn’t be able to get to the slopes. In the nar future, these little skiers will be part of the club’s competition structure. We’re generating a base, a quarry. We are making the children of the valley go up to the slopes.’
There are already entities from other winter centers that have been interested in the operation of this transport service that carries athletes to the slopes. As Félix Jordán explains: ‘We’re open and happy to expose our experience to other entities, forums or congresses so that in the pyramid of sport evolution we have more local athletes in the base and that their sport progression and their talent are not stopped by a matter of economic resources, family conciliation, etc., but quite the contrary. We hope there are more actions like these in any of the many ski clubs that this country has, so that the children of the mountain valleys can take advantage of the luxury of having a ski resort right at their door.’ 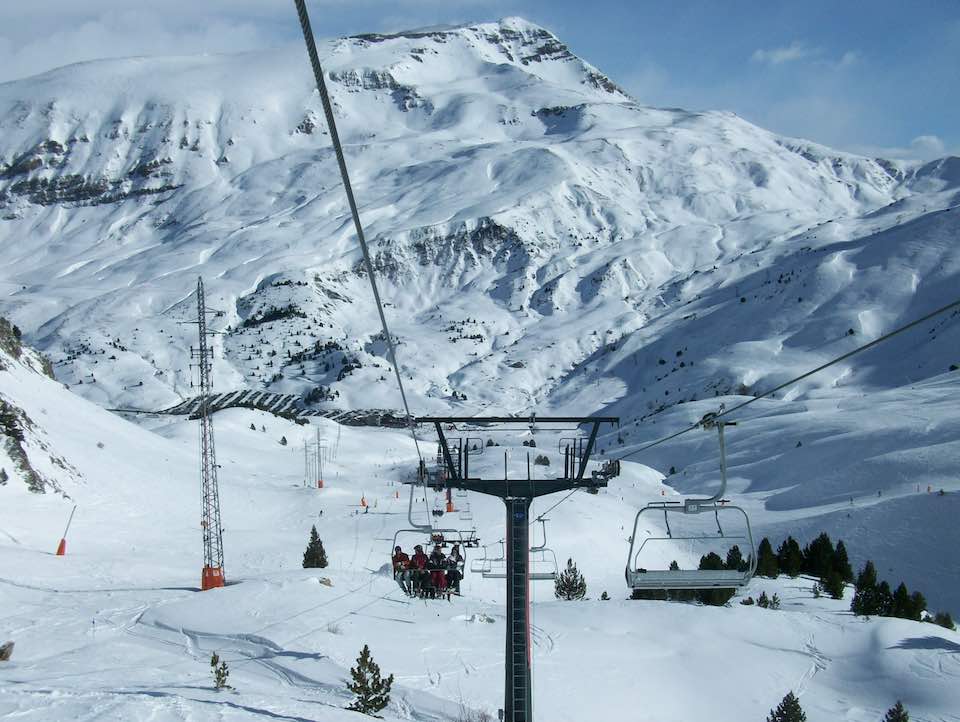 Cerler
Aramón Cerler is the highest resort in the Aragonese Pyrenees. Located in the Benasque valley, tops 2630 meters high at the mythical peak ''Gallinero'', which makes it the highest slope, with 1130 meters of skiable fall, among any other Pyrenean peak.