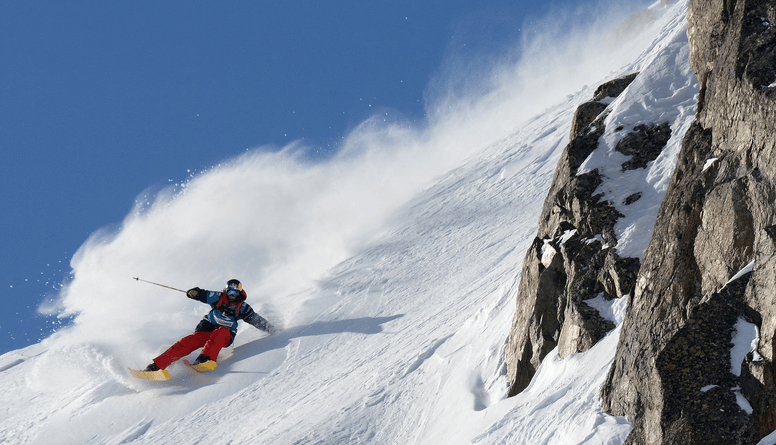 From  March 25 to March 27,  2016  it will be celebrated at the station Valmorel the  festival ” Mets d’la Wax”.  It is a film festival for fans of mountain sports. The first edition was in 2006. Since then, the festival is done in Valmorel  station during the Easter weekend . The objective of this festival is to offer filmmakers the opportunity to project their films and submit them to the
criticism of the general public . In addition to the contest  , Valmorel organizes  free animations during the weekend at the station. Initiations, demonstrations and concerts
will be offered to all who pass through Valmorel.

The festival will be held in a tour of 25 cities across France, Belgium and Switzerland. The opening night will be held at the start of the tour and it will take place in Paris on Tuesday, April 5 at the famous film ” Grand Rex” of the French capital. Subsequently, from April 12  the tour will land in Namur (Belgium ) and will end in Rennes ( France) on 17 May.The first edition was born in March 2013 and since then the festival continues to grow getting auditoriums full with white sport enthusiasts .
The festival allows the projection of audiovisual works dedicated to the mountain allowing exchange with some of the protagonists of the films. It is an ideal place to talk among fans of the mountain and some of the athletes that are played in each type shooting in order to impress and please the public.

International Festival of the film in Montagne

Since 30 years ago the station of  Autrans  welcomes the international festival of the mountain movie. During this festival the mountain acts like the real protagonist organizing many activities.

For over 10 years Cauterets amazes visitors with this magnificent festival dedicated to Freeride and  offering unusual images of the mountains, snow, skiing and snowboarding. The aim of this festival is to inform and make the public discover the great films dealing with ski and snowboard through high quality productions where there is no room for mediocrity. The representation of these films is very limited in Europe and is difficult to access them if you are not a usual in this type of festivals where the ” creme of the creme ” meets . The festival is organized in  Cauterets  from 2013 and is completely free for 3 days. Screenings are offered to the general public who wants to enjoy movies that are projected and 6 awards will be presented during the closing ceremony of the most outstanding and best rated by the jury.

Is the festival of the yardages of ski and snowboard of the Pyrenees(spanish and french) The movies are projected during the 4 days of the festival . The best pieces of each category are recompensated by the association of Pamplona conform by 3 recognize businessman from the same city.

For a long time, films about skiing and snowboarding turned their backs to the general public and where not taking place in the great scenes … but now is the opposite many festivals around the world reward this kind of film, given its high quality both in production and editing providing spectacular mountain and unpublished images. Major advances in cameras and video formats today allow recording engineers and make beautiful images as 4K super slow motion sequences slow motion images as well as first-person-stopping viewers. If you have never been lucky enough to witness one of these festivals we recommend it. It is a different experience: the climate that you breathe when you walk into the room the meeting of passionate mountain, the coolness of the mountain moved by images and sounds to the great halls of Europe. A unique experience that you must not miss. Long live to the festivals dedicated to the mountain, snow and winter sports.

For this end of season, Peyragudes plays the extension

Holidays in style in Peyragudes