I Love Ski ®
Home News Seeking out new experiences: have you ever skied on a volcano? 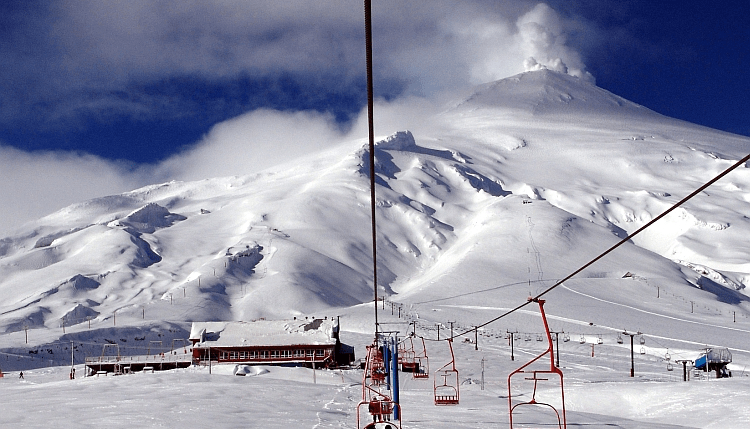 Facebook
Twitter
Chile is home to more than 2000 volcanos, 500 of which are considered as active and skiing on a volcano is quite usual near the Pacific Ring of Fire. The Andes Mountains form the longest volcanic belt of the world, going from the South of Patagonia, up to Northern Columbia and Venezuela. It is one of the most active areas of the world in terms of seismology and volcanology a real opportunity for skiers seeking for new experiences.
The volcanos offer perfect settings for ski resorts, their peaks reaching very high altitudes, for instance the Nevado Ojos del Salado’s summit at the Argentina-Chile border is at 6000 meters above the sea level! Moreover the shape of the mountain, with very steep slopes at the top and gentler ones at the bottom is an opportunity for featuring a whole range of slopes, the most difficult ones at the top and slopes designed for beginners at the bottom. A last advantage is the conic shape of the mountain, the sun shines on the whole side of the mountain in the day, perfect for a day on the slopes!

The main resorts-on-volcano in Chile:

Volcan Antuco and Volcan Villarrica are two famous resorts situated in center Chile. Each of the ski areas comprises 15 slopes with associated facilities (restaurants, ski rentals, ski schools…). The resort of Volcan Osorno even features a Terrain park and a toboggan run! These resorts offer more than skiing facilities and accommodation, they are settled on mountains full of volcanic activity and geological riches.
However when seismologist and volcanologist detect abnormal activity, the resort has to close with economic consequences for the winter season. For instance Pucon Ski Resort, Chile, located on Volcano Villarica remained closed during the whole winter season 2015, Volcano Calbuco erupting a few kilometers away. The ‘Orange’ alert took effect at the beginning of winter season 2015, and the ski resort did not open later on. Last May, General Manager of Pucon Ski Resort Gonzalo Perez said: “We are now having difficulties because we were planning on opening the resort this winter, the winter season being decisive for the local economy. We have been in touch with local, regional and national authorities from the beginning to be given permission to open. Unfortunately, the level of risk is so high that it will probably not get back to normal.”

Skiing on a volcano also exists in North America, Ski Resort Shasta Ski Park located in California, US, is one of the biggest ski resort on volcano, comprising 32 slopes and located in one of the most attractive regions of the world.
In Europe, skiing on a volcano is very unusual. France is home to very old volcanoes with the Auvergne Chain an ancient mountain range in the center of the country. For instance the resort of Lioran in the heart of the National Volcano Park of Auvergne features 44 slopes and 18 ski lifts.
But in terms of spectacular views, Mont Etna is one of the greatest resort on volcano with the white snow contrasting with the black lava and the blue water of the Ionian Sea on the Mediterranean coast. You can even see the Aeolian Islands, a beautiful volcanic arc with for instance the Stromboli and the little island of Vulcano. Unfortunately, Mount Etna Ski Resort had to be totally rebuilt after having been devastated by the eruption of 2002. The volcanic activity can be a real threat for the resort, the ground temperature remaining quite high even a few years after eruption.
The typical shape of volcanos offers a perfect setting, but the risks of eruption is also a real threat for the ski resorts.
Why not ski on a volcano …? 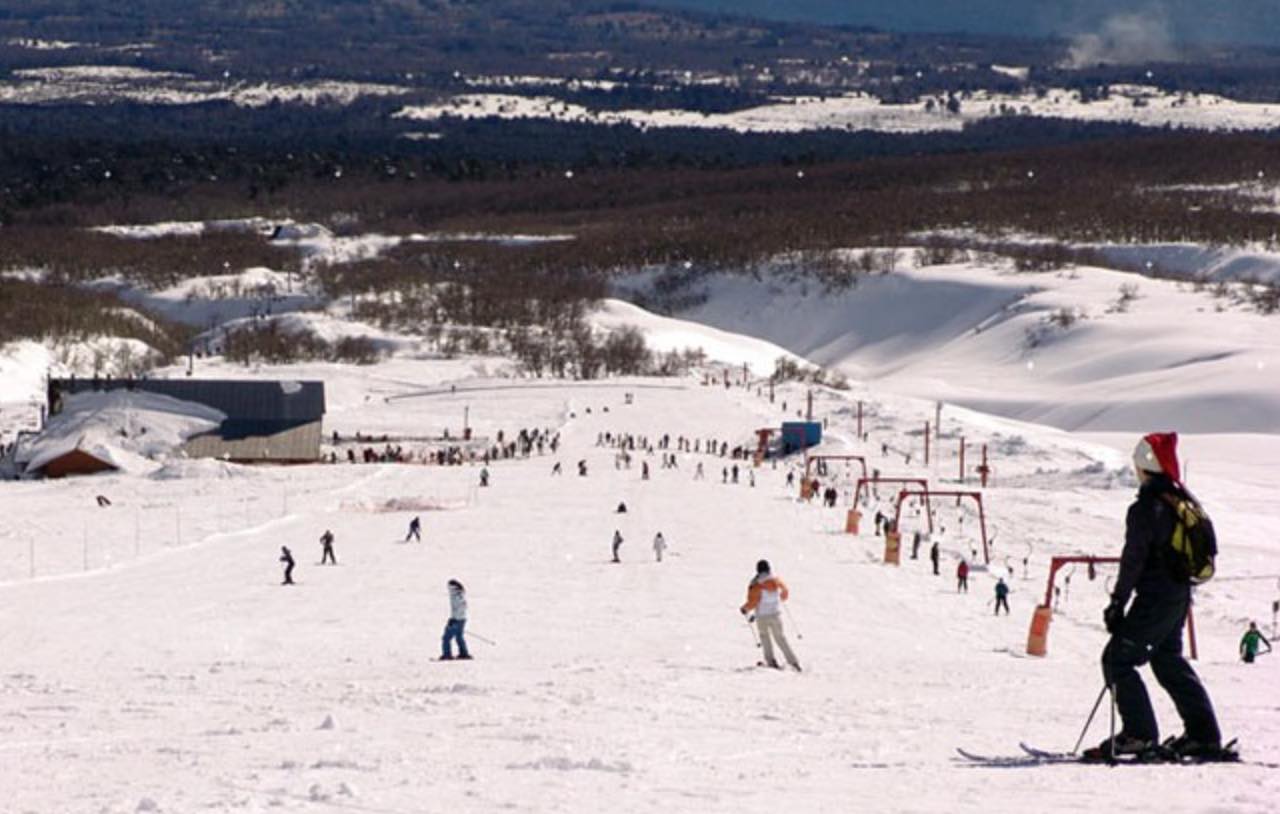 Pucón
Twenty minutes away from the city of Pucón, Chile, Ski resort Pucón offers one of the most peculiar skiing experiences in all of South America: sliding down the hillsides of the Villarrica volcano. Located inside the Villarrica National Park, this resort has up to 20 slopes available for skiing and snowboarding, with excellent snow conditions […]