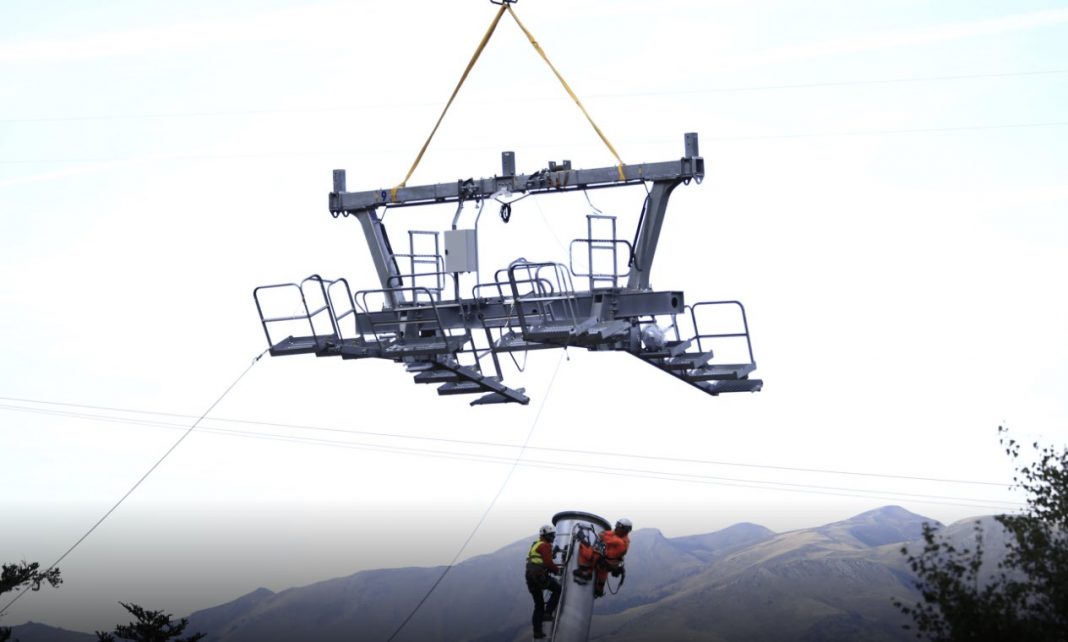 Facebook
Twitter
The ski resort of Luchon Superbagnères is being totally refurbished this year with the construction of a brand-new 6-seater detachable chair lift, a key element in the plan of renovation of the station. The bottom station, situated at the level of the Lac of Arbesquens has already been completed. All the pylons and the construction framework have just been installed by helicopter.
The new facility called Céricé Express will link directly and in less than 6 min the bottom of the station (1440m), the area of the lake, to the top of the station, the Céricé peak (2122m). This 1900-meter-long chairlift saves significant time for a 682 vertical meter run. Previously skiers had to take two chairlifts for a 20 minutes long run. The new lift, secure and efficient, can move up to 2200 skiers per hour thanks to its 98 carriers.

Travel from Toulouse to the summits of the Céciré in less than two hours!

The opening of the Céciré Express is totally in line with the plan of renovation of the station. It will fully benefit to the sector of the lake at the heart of the ski area, it is where the Ceciré Express bottom station is situated and near the chairlift of Aberquens opened quite recently, in 2011. 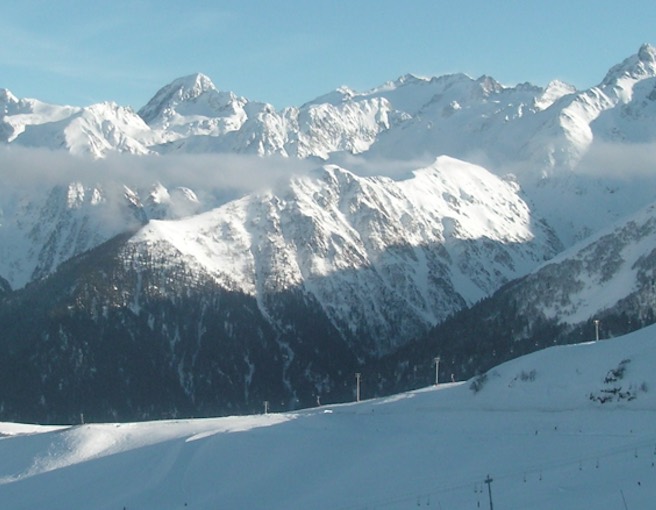 The nearby chairlift of the Lac will be renovated too, all the carriers will be replaced by winter in order to load skiers more readily. The Céciré Express costed €8.5 million, amount invested by the Régie of Luchon Superbagnères, and the local public authorities (Mayor, Sigas, Department and Region). On the fieldwork, the perfect coordination of the technical team combined with perfect weather conditions will lead to the opening of the Céciré Express at the beginning of December when the ski season starts. As a reminder, the station features 29 alpine trails, 1 terrain park, and 15 ski lifts for a reliable resort that operates 180 snow canons spread throughout the domain.
Luchon Superbagnères ski Resort with its 4 hillsides offers fantastic panoramic views overlooking the valley of Luchon, the legendary peaks of the Maladera, and the Pyrenees’ highest peak: the Aneto.
The gondola transport visitors effortlessly from the center of Luchon, 640 meters high, to the 32 kilometers-wide ski Resort of Superbagnères in less than ten minutes.
Today, Luchon Superbagnères Ski Resort makes the bet to connect the summits of Pic du Céciré to the Place du Capitol in Toulouse in less than two hours!