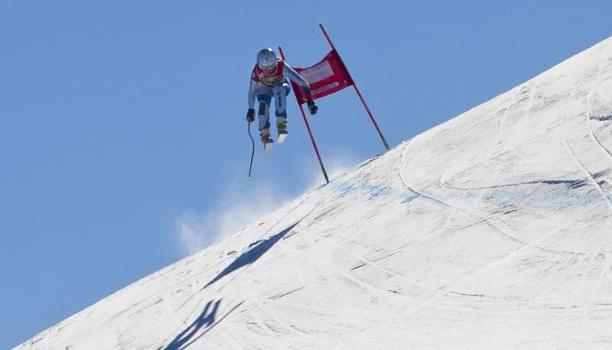 Two super-G, two descent and one super combined trials will be held where the best skiers on the European stage fight it out for the continental title.

This last race will serve in preparation for the next great sporting event of the discipline at Grandvalira: the super-G and super combined Women’s World Cup 2016 which will be held the following year at the same competition venue. A total of 20 countries will be represented in these championships. More than 250 people, including skiers and staff, will travel to the Andorran ski resort where some of the best European skiers will come together.

A series of cancellations at different European destinations due to weather conditions, and the confidence shown by the International Ski Federation (FIS) in Grandvalira, has finally resulted in the Andorran resort holding 3 more trials than the 5 initially planned. Therefore, there will be 8 trials in total, 5 qualifying as European Cup Finals and 3 cancellations added from other resorts: 1 downhill and 2 super-giants in the men’s category and 3 downhill, 1 slalom (combined) and 1 super-giant in the women’s category.

According to the Race Manager, Jordi Pujol, the Àliga slope is currently in “unbeatable” conditions. Preparation work to set the scene of the competition has been intense for weeks. The slalom test will take place on the old Àliga slope, a route that was injected at the end of the month to ensure a harder surface. The combined slalom includes downhill on the Àliga slope and a slalom on the old Àliga. This discipline will be added in women’s events at the Grandvalira competition, and will serve as a trial before the Women’s World Cup which will be held on the 27 and 28 February 2016.

Grandvalira and Andorra among the skiing elite

The president of the Andorran Skiing Federation (FAE), Albert Coma, stated that “a great show is expected next week at Grandvalira”. He added that, “Grandvalira should have an Alpine Skiing World Cup on its calendar at least every two or three years, it’s the way forward”.

Betim Budzaku, Director of Andorra Tourism stated that “there is no doubt in our minds that it will be a success, due to both the quality of the slope and the supporting logistics. Once again, Andorra and Grandvalira will strengthen the country’s positioning in snow and skiing.”

The Andorran resort has been confirmed for both the European Cup Finals and the Women’s World Cup 2016. Grandvalira and the FAE are maintaining their request to hold the World Cup Finals in 2017, 2018 and 2019. The FIS also put forward a formal request a few years ago to hold a World Cup trial in the men’s category.

Grandvalira would like to thank the collaboration of sponsors, the Andorran Skiing Federation (FAE), Andorra Turisme, Crèdit Andorrà, Andorra Telecom and Hotel Nòrdic, as well as many others, who have made it possible to bring these top level trials to the Pyrenees.

Good snow conditions for this weekend

The largest resort in Southern Europe is continuing to enjoy good conditions in its 6 sectors. Currently, there are 207 kilometers of open skiable area, practically the whole area (98%). Snow depth ranges from 140 to 210 centimeters. This information will be updated constantly on the domain’s website www.grandvalira.com.

The three snowparks of the Andorran resort, El Tarter, Xavi Park and Sunset Park Peretol, are 100% operational and available to riders who want to come by and enjoy the facilities.

Lindsey Vonn finishes her competition at the Ski World Cup

Presentation of the White Book about the industry of ski in...