“Ladies first” is the slogan of the Women’s giant slalom held on Saturday while the Men’s competition takes place on Sunday. Thrilling moments and loads of action await you at Sölden!

The FIS Alpine Ski World Cup is the top international circuit of Alpine Skiing competitions staged annually. It is considered the premier competition in alpine ski racing together with the quadrennial Olympic Winter Games and the biennial FIS Alpine World Ski Championships. Some experts event consider winning the World Cup to be athletically a more valuable title than winning gold at the Olympic Winter Games or the World Championships, since it requires a competitor to ski at an extremely high level in several events throughout the season, and not just in one race.

Today, the FIS Alpine Ski World Cup races are held primarily at famous ski resorts in the European Alps, along with regular stops in Scandinavia, North America, and Far East Asia. Competitors attempt to score a maximum of points during the season in five events: slalom, giant slalom, super-G, downhill and super combined. The fifth event, super-combined, was introduced in 2005 and generally consists of a shorter downhill race and a one-run slalom. Sometimes the downhill is replaced by a super-G. Alpine was added to the Olympic winter schedule in 1936.

On Saturday the 25th, there’s a World Cup Party organised at Freizeit Arena, from 8.00 pm.Fun filled warm-up with DJ Alex on the “burning” turntables of Freizeit Arena’s event hall. The evening highlights are the live performances of “Jetlag”, “Hannah” and “Volxrock”.

A shuttle bus service is available between Sölden, the glacier ski areas and back again on the World Cup race weekend (Sat + Sun). The shuttle bus is included if you have a valid admission ticket to the race. Holders of a valid ski pass can use the shuttle bus for free. 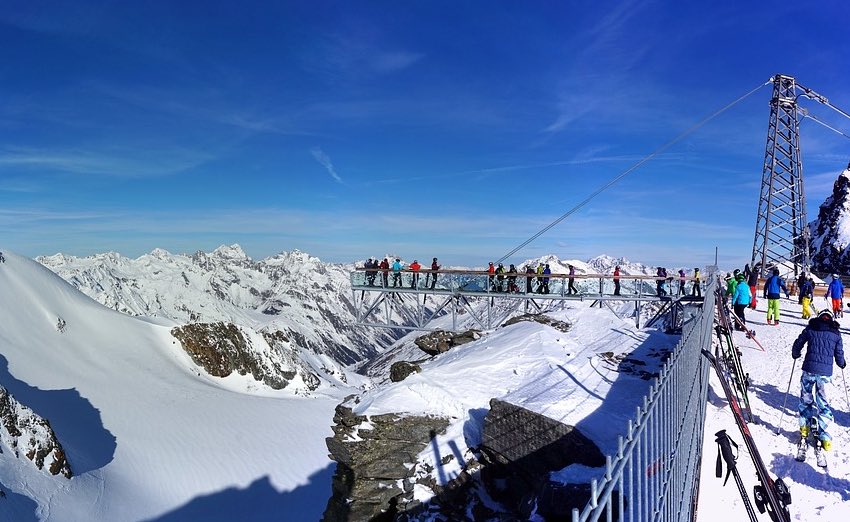 Sölden - Ötztal
The ski resort Sölden - Ötztal offers 69km of blue runs, 51km of red runs and 2km of black runs. It is prepared to welcome expert skiers so that they can enjoy incredible off-piste areas from Gaislachkogl (located at around 3000m of altitude).